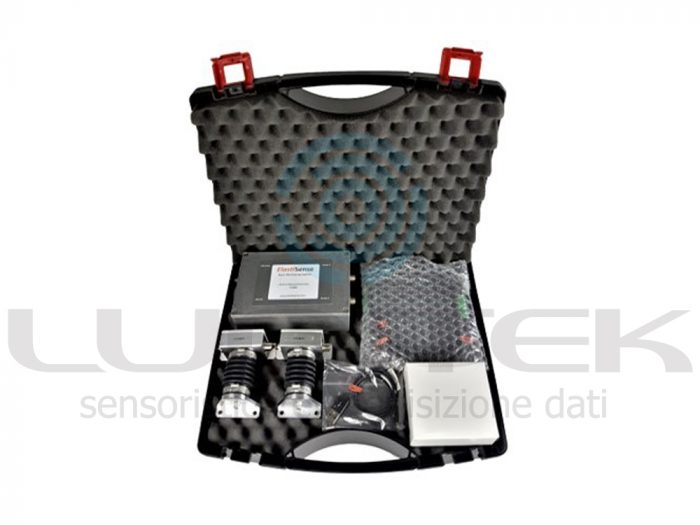 The PTK enables easy yet precise displacement measurements of a system or tool, with up to two sensors, allowing system characterization and monitoring. 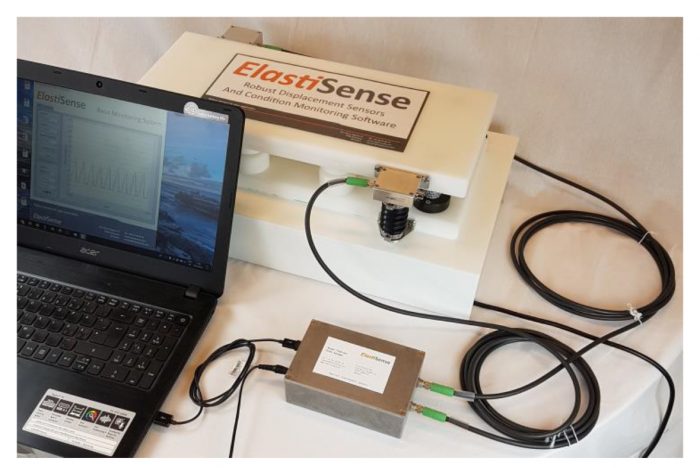 Our displacement sensors are designed to detect and show micron-level displacements. By using two sensors the PTK can also provide relative displacement differences between two signals.

The displacement sensors are able to tolerate aggressive mechanical environments, and are therefore uniquely suited for complete cycle measurements of processes like stamping and deep drawing. Here the PTK allows characterization of a complete tool cycle, as well as detection of any abnormalities such as lack of parallelism, slugs and similar.

The User Interface screen shot below shows a PTK measurement of a stamping tool where slug and lack of parallelism of the tool were characterized. 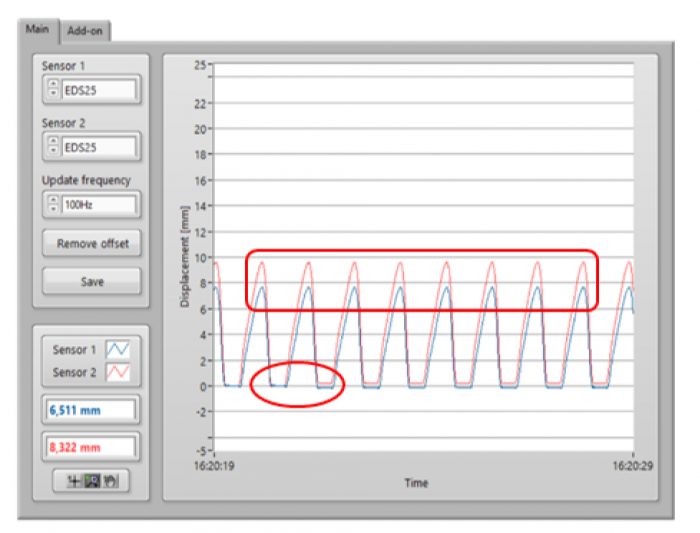 0.5mm obstruction shown between 2nd and 3rd cycle as highlighted. The difference in peak height indicates a Lack of parallelism between the two measuring points of the sensors.

What can the PTK do for you?
The PTK is a cost competitive test instrument, for assessing the behaviour of your processes and tools, before investing in a full, integrated monitoring system in your production environment. The PTK also enables you to characterize the dynamics of your machines and tools at different operation conditions to provide data/driven optimisation.

The main benefits of PTK are:
• Easy to set up and use – Plug and Play
• Measure and monitor all 360 degrees of a cyclical process – e.g. strokes of a stamping or deep drawing tool
• Standard feature for saving measured data for post-processing and presentation
• Update frequency (max. 1000 samples/s)
• Option for detecting peaks and valleys in the measured signal

FIG.3 – Installation example of the PTK in a system

The software associated with PTK is for Windows based devices. The software displays sensor measurements in real time as well as saving the data to a .txt file. The data can therefore be imported into Excel for analysis, presentation etc.

The graph below shows a real application example where a PTK was installed in a progressive stamping tool to measure tools characteristics in presence of an obstruction (slug). The example shows a change in tool stroke characteristic due to a 0.03mm slug. 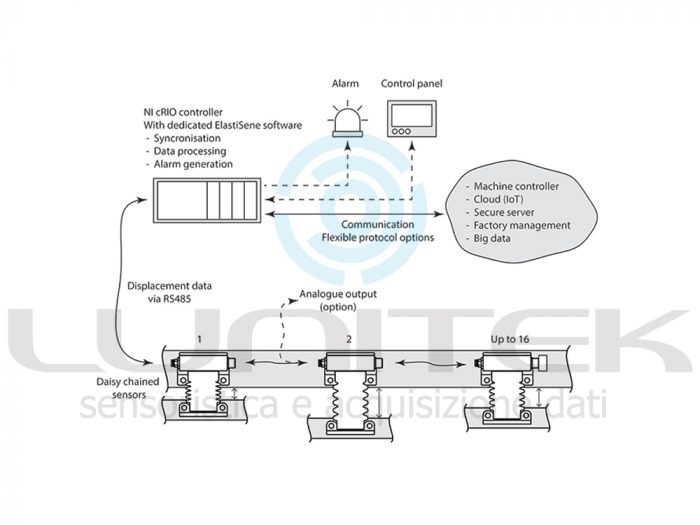 The sensor technology
Being capacitive and highly elastic, the Electroactive Polymer (EAP) core is the highly accurate central element of our sensors. Being made solely from rubber also makes the sensor intrinsically tolerant of misalignments and high vibration levels. 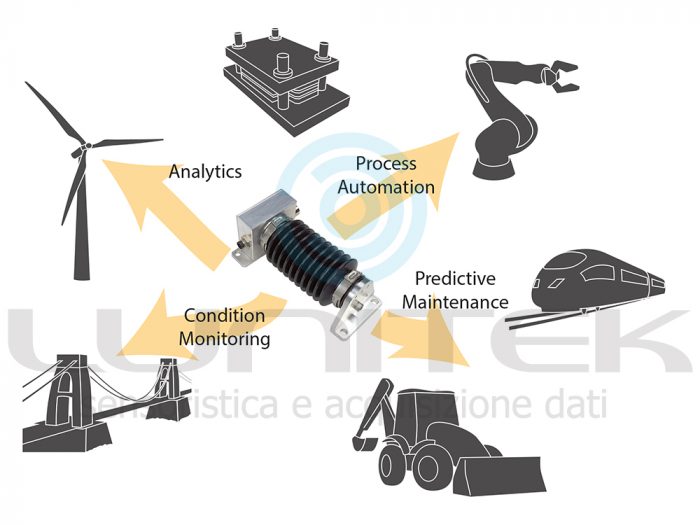